I get to blind hour ago. Settle in. “What the heck!?!?!?!” Right in front of me. I pop down real quick & quiet. Puss around skull cap. Tiny bloody hole as well in skull cap. I should have taken pics of that. 90% sure from fighting. He was just walking around & a buck we wanted kids to try for. Life in the wild!!!!

SG Season 1 this past weekend, I harvested a mature 140ish - 150ish 8 point buck on Sunday. He made it back to his feet and I thought, man, I know he had both antlers when I shot him. He staggered a few yards off, only to run into one of our drivers, who finished him off. No signs of prior injury, but the only time I've ever seen an antler dropped like that was from a sickly injured deer. This buck looked healthy, just not a real big neck and not real heavy for this time of year. Then I went to field dress him. Oh my goodness. I don't know how that deer was still alive. He was full of nastiness. Pockets of green fluid and a large mixture of cottage cheese and tapioca pudding filled his chest cavity around his heart and lungs. The stench was almost more than I could handle. I had to turn away to get some fresh air 5 or 6 times while gutting. Then I got to gagging and hacking just thinking about it on my walk back to get my truck. I've seen nasty antler goring infections in deer and bullet and arrow wound infections in deer, but I've never seen anything like this before. I was going to do a euro mount on him after I put a dowel rod in the antler and skull, but as I was pulling him out of the truck, the other antler popped off too. Guess I've got a nice solid set of new rattlers. Unfortunately, his carcass is feeding the buzzards on my burn pile. I couldn't leave him in the field, I can't eat him, and my garbage service won't haul him away. One of the better bucks I've harvested during SG season, (mostly does to fill freezers), so I'm a little bummed from that, but more bummed that we can't eat him. I guess we'll get to bird watch for the next few weeks as the scavengers pick him apart, so not all bad. Bald eagles have picked over my bone piles in the past, so it will be interesting to see what shows up on an entire carcass and see how long he lasts.

Anybody else ever encounter this type of thing? Nearly 35 years of deer hunting. I've participated in hundreds and hundreds of deer harvests, field dressing and processing, and this is a first for me.

Charlie - my boy- doubled up doe/buck

This new 8 had been showing up & after a lot of looking - we felt he was 5. Came out about 45 mins before dark. 30 yards turned into 80 in about 10 seconds. I actually filmed it on my phone. Buck & doe …. Perfect shots & he was thrilled!!! He LOVES it!!!! All he says “dad- think I can bow hunt next year?” Hes 10. Thinking 12 he might be able to bow hunt. He’s been hanging treestands in our front yard to practice putting them up. He’s great on gun & bow & loves being out. So- 2 perfect shots on buck & doe…. We for sure have a hard core hunter, that loves it, in the making. Made my season. My nephews & my buddy’s son are still at it…. At least seeing some deer & having fun! By far - way more fun & enjoyment than shooting myself. Good luck to rest of you!

*I made one quick YouTube video of a Egyptian wheat screen on IW YouTube …. This is that spot. Just for fun I’ll post a video of the hunt on there too.

Well, looks like winter is here. I hang all my hunting gear outside under my deck overhang. Just looked outside and the strong wind has blown snow on everything including filling up my boots. Just don't have it in me get things cleaned up and go sit this morning. Gonna be a morning of "watching from my cabin windows.

Sure hope the Hawkeyes can put the Wolverines in their place today! Can't stand Harbaugh!!!

As the sun was setting on the end of the first season split. I sat in the stand looking back on all of the highs and the lows that came throughout the archery season. The highs and lows were about equal with no shots being fired on a buck. The encounters that were had definitely made the season one to remember coming to full draw twice on 2 Target bucks, only to not be able to find a hole to let the arrow fly through. Good luck to all that are hunting the next few weeks shoot straight and be safe. Now to get the brownie points back up with the bride for late season.

You all know I’ve helped lots of individuals hunt all over the country and would appreciate a vote! I’d love to go on another hunt for myself next year since my Greenland Musk Ox hunt was cancelled as the outfitter went belly up. I’m constantly helping others get into the sport of hunting and figuring logistics on out of state hunts for fun. A vote would allow me to continue to do that and have a little bit of fun myself! 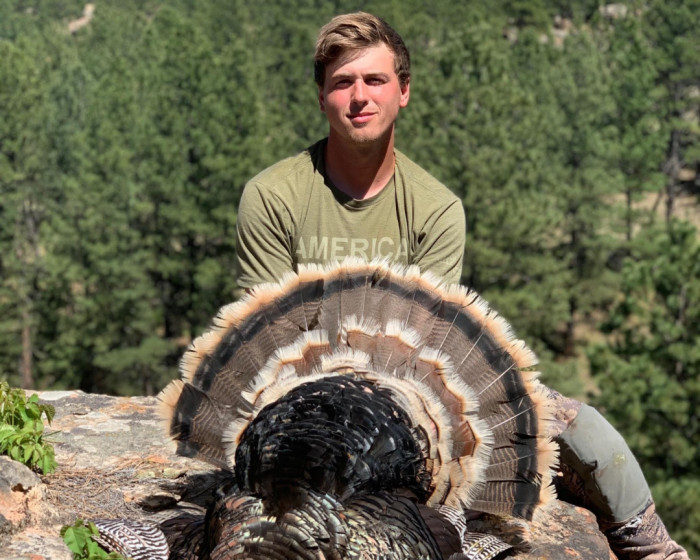 Vote for Joshua Sunberg to be the Big-Game Hero!

One winner will receive a 5-day Bull Elk Hunt on the Vermejo Park Ranch in Northern New Mexico, and $25,000 cash!